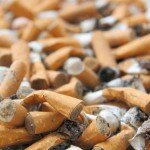 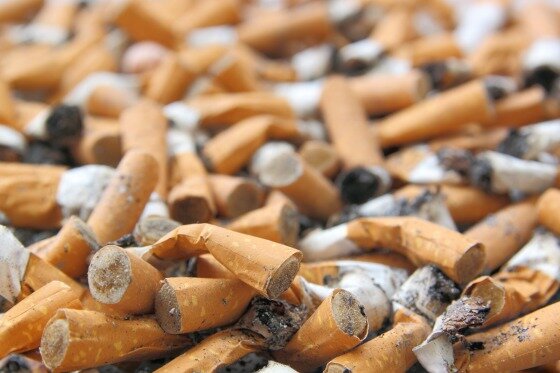 By dying from it.

This article is not about the fact that an average of 5 million people die from tobacco use every year.

It is not about the fact that smokers die, on average, 10 years earlier than non-smokers.

Smoking is the leading cause of preventable death in the US, but this article isn’t about that.

Cigarettes and their smoke contain 7,000+ dangerous chemicals and toxins – but this article isn’t about that either.

It is also not about the myriad serious and debilitating health problems tobacco use causes.

After all, most – if not all – of us know that smoking is terribly damaging to health and kills a lot of people.

This article is about why people become addicted to smoking and how to release yourself from the grip of tobacco.

If you are one of the 70% of smokers who want to break the habit, or if you want to help someone you care about quit, read on.

A 2013 Gallup poll found that 85% of smokers in the US have tried to quit at least once in their lifetime. Of those, 45% have tried at least three times. The majority of smokers – 72% – say they are addicted to cigarettes.

Only about 7% succeed on their first attempt to quit.

But WHY is quitting so difficult?

And WHY do people continue to smoke even though they know it is terrible for them?

One reason – and it is a significant one – that people have trouble kicking the smoking habit is their beliefs about smoking.

The phenomenon of cognitive dissonance and how it relates to smoking

To understand how this works, think of your beliefs as cognitions.

If you enjoy smoking, that is a cognition.

Knowing that smoking is harmful is also a cognition.

When two cognitions are dissonant – in conflict with each other – we call this phenomenon cognitive dissonance.

Doing something that you know is harming you is an uncomfortable thing to endure. People who smoke are constantly bombarded with information about how bad the habit is for their health. They are lectured and nagged by concerned family members, friends, and medical practitioners.

They KNOW cigarettes are slowly killing them, but they just can’t stop smoking.

But why is this? Why do most smokers never give up smoking even if they are experiencing cognitive dissonance?

Because quitting smoking is difficult (and because some don’t actually WANT to quit), many smokers will choose to change their beliefs instead of their behavior.

“We are all going to die of something anyway. I might as well enjoy myself while I’m alive!”

“I exercise and eat healthfully most of the time, so I’ll be okay!”

“Smoking helps me manage my stress, which is good, because stress is bad for health too!”

Smokers attempt to reduce the dissonance by downplaying the effect of smoking on health. They make excuses and justify their behavior.

Beliefs about personal immunity to health effects, skepticism about medical evidence, normalizing dangers of smoking because of the abundance of risks, and beliefs that smoking is worth the probable health damage are cognitive dissonance-reducing beliefs that smokers in studies have expressed.

One study on cognitive dissonance in smokers found that they estimated their risk of contracting lung cancer as greater than the risk non-smokers or ex-smokers saw for themselves, but less than the risk for the average smoker. No differences were found in the amount of factual knowledge about the effects of smoking. However, smokers used significantly more rationalizations and distortions of logic regarding smoking than did non-smokers or former smokers.

Facing this cognitive dissonance can be a powerful first step in the quitting process.

How does one identify and eliminate cognitive dissonance-reducing beliefs?

The following set of exercises from Dr. Max Pemberton, author of Stop Smoking with CBT, can help:

Exercise 1: Write a list of what you love about cigarettes, and why. This will help you examine what you think cigarettes have to offer you. What do you think you get from smoking? After all, it must give you something – otherwise why would you do it?

Exercise 2: Write down all of the things that are preventing you from stopping smoking. Smoking is something we can do without really thinking about it most of the time, and it’s easy for us to create myths and illusions around why we should keep doing it. What is truly keeping you from stopping? What is it that scares you? These are your reasons NOT to quit, or your reasons to keep up the habit.

Exercise 3: Write down the benefits NOT smoking would provide. What are your reasons for wanting to quit? What will quitting do for you?

Dr. Pemberton says that everything you wrote down in exercise one is an illusion: all of the “reasons you smoke” are your mind’s attempt to justify something that doesn’t make sense.

There is your cognitive dissonance. You want to smoke, but you know it is awful for you and you should stop.

Every single reason smokers give to rationalize their habit is based on false logic. Dr. Pemberton gives this example:

For instance, nicotine doesn’t actually relieve stress. It’s not very good at staying in the body for any length of time, so smokers spend most of their days in a constant state of mild withdrawal.

There is nothing inherent in a cigarette that calms us. In fact, smoking raises blood pressure and heart rate, so, if anything, it contributes to stress.

This low-level discomfort is only relieved by smoking, but shortly afterwards the withdrawal begins again.

The situation is accompanied by the growing, niggling feeling that at some point we need to smoke a cigarette – so, when we do, we feel that this has helped us with our stress levels.

There is nothing inherent in a cigarette that calms us. In fact, smoking raises blood pressure and heart rate, so, if anything, it contributes to stress. It doesn’t help us relax or concentrate; it doesn’t make us more focused or less bored.

All smoking does is momentarily address the mild nicotine withdrawal that smokers spend the majority of their lives experiencing.

Exercise 4: Imagine that you are a lawyer, and smoking is on trial. First, examine the case for continuing to smoke using the information you wrote down in Exercises 1 and 2. Defend smoking as persuasively as you possibly can.

Now, switch sides. Pretend you are prosecuting smoking. Use your answers from Exercise 3 to guide you. Your goal here is to convince the judge and jury that the arguments in support of continuing to smoke are ridiculous and illogical.

Exercise 4 demonstrates what is going on in your mind when you experience the cognitive dissonance associated with smoking. It will also help you begin to view the habit from an objective, logical standpoint.

Acknowledging that you are holding dissonant beliefs about smoking is a powerful first step you can take on the road to kicking the habit.

Before we go on to discuss the best options for smoking cessation, an understanding of the other factors that contribute to addiction is necessary.

This means understanding why tobacco is addictive and why you became hooked.

We will cover that in part 2 of this 4-part series.

In part 4, we will discuss what you can to do to break the habit for good.

How to Quit Smoking: Know Your Enemy (part 2 of a 4-part series)