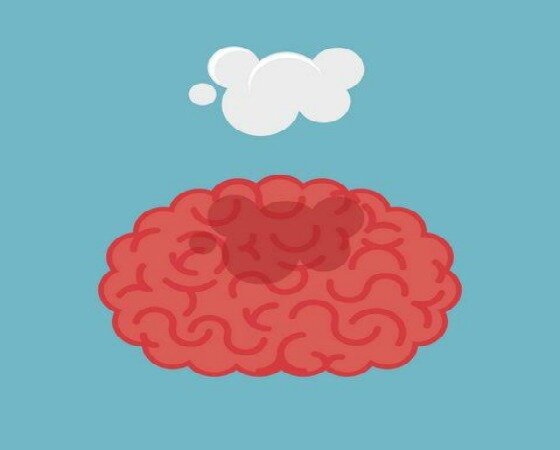 A new study offers a possible reason it is so hard for you to break bad habits or stick to New Year’s resolutions: your brain has a mind of its own, and its goals might not always align with yours.

It turns out that brains – much like humans – love pleasure, and they are wired to pay attention to things that have made them happy in the past.

In a recent study published in Current Biology, Johns Hopkins University neuroscientists demonstrated for the first time that when people see something associated with a past reward, their brain flushes with dopamine – even if they aren’t expecting a reward and even if they don’t realize they’re paying it any attention. The results suggest we don’t have as much self-control as we might think.

Dopamine is a neurotransmitter that helps control the brain’s reward and pleasure centers. It also helps regulate movement and emotional responses, and it enables us not only to see rewards, but to take action to move toward them.

Senior author Susan M. Courtney, a professor in the Department of Psychological and Brain Sciences, said the findings may explain why it is so hard for people to break the cycle of addiction:

We don’t have complete control over what we pay attention to. We don’t realize our past experience biases our attention to certain things.

I could choose healthy food or unhealthy food, but my attention keeps being drawn to fettuccine Alfredo. What we tend to look at, think about and pay attention to is whatever we’ve done in the past that was rewarded.

For their study, the researchers asked 20 participants to find red and green objects on a computer screen filled with different colored objects. Participants got $1.50 for finding red objects and 25 cents for finding green ones. The next day, while brain scans (positron emission tomography, or PET scans) were conducted, researchers asked participants to find certain shapes on the screen. Color no longer mattered and there was no reward involved. But when a red object appeared, participants automatically focused on it and a particular part of their brain involved in attention filled with dopamine, a brain chemical proven to be released when we receive rewards.

People in the study found the shapes they were looking for; they were just slower doing it. The previously rewarded “red” distracted them.

Courtney elaborated on the results:

What’s surprising here is people are not getting rewarded and not expecting a reward. There’s something about past reward association that’s still causing a dopamine release. That stimulus has become incorporated into the reward system.

Some of the test subjects were more distracted by the previously rewarded red than others. Those who were most distracted had the most elevated dopamine levels while those who were better able to focus on the task at hand appeared to have suppressed any release of dopamine.

The findings suggest there could be a way to pharmaceutically curb these neurochemical distractions – a potential benefit for addicts, dieters, and those with other problem behaviors.

Another recent study (conducted by Duke University scientists) suggests that a habit leaves a lasting mark on specific circuits in the brain, priming us to feed our cravings. Published online Jan. 21 in the journal Neuron, that research deepens scientists’ understanding of how habits like sugar consumption and other vices manifest in the brain.

It looks like it might be time to be a bit less hard on ourselves when it comes to struggles with cravings and addiction.

Struggling With a Sweet Tooth? Blame Your Brain.

This Time Will Be Different: How to Finally Succeed at Your New Year’s Resolutions

Winter Overeating Is Subconscious and Hard to Control, Study Says

Are You Your Own Worst Enemy?